A Microvell Trio test was carried out on eggplant in a greenhouse.

The objective was to validate the effectiveness of the MICROVELL TRIO product in correcting iron, zinc and manganese deficiency at the leaf level in order to obtain optimal levels of these 3 microelements in eggplant.

The MICROVELL TRIO product is a product formulated with iron, zinc and manganese complexed, so that these nutrients are absorbed more efficiently to obtain a rapid assimilation of these microelements in the plant.

The experimental design was in different new blocks at random since zinc, being a not very mobile element, remains in the oldest leaves, therefore, the results of the treatment will be reflected in the younger shoots. The total surface treated with the product was as follows:

The treatments during the evaluation are defined below:

Sampling: Various samples and analyzes were carried out after the treatments in order to correct the iron and zinc deficiencies.

In relation to the results obtained from the statistical study of the parameters evaluated, it can be concluded that there is a significant improvement in the values ​​of iron, zinc and manganese at the leaf level, correcting the deficiency of these three micro-elements. Application of Microvell Trio was successful in increasing Mn and Fe values ​​above levels predicted as optimal for eggplant cultivation (Figure 1).

Figure 1. Statistics of the 2 foliar analyzes carried out to see in which parameters the zinc and iron are found. 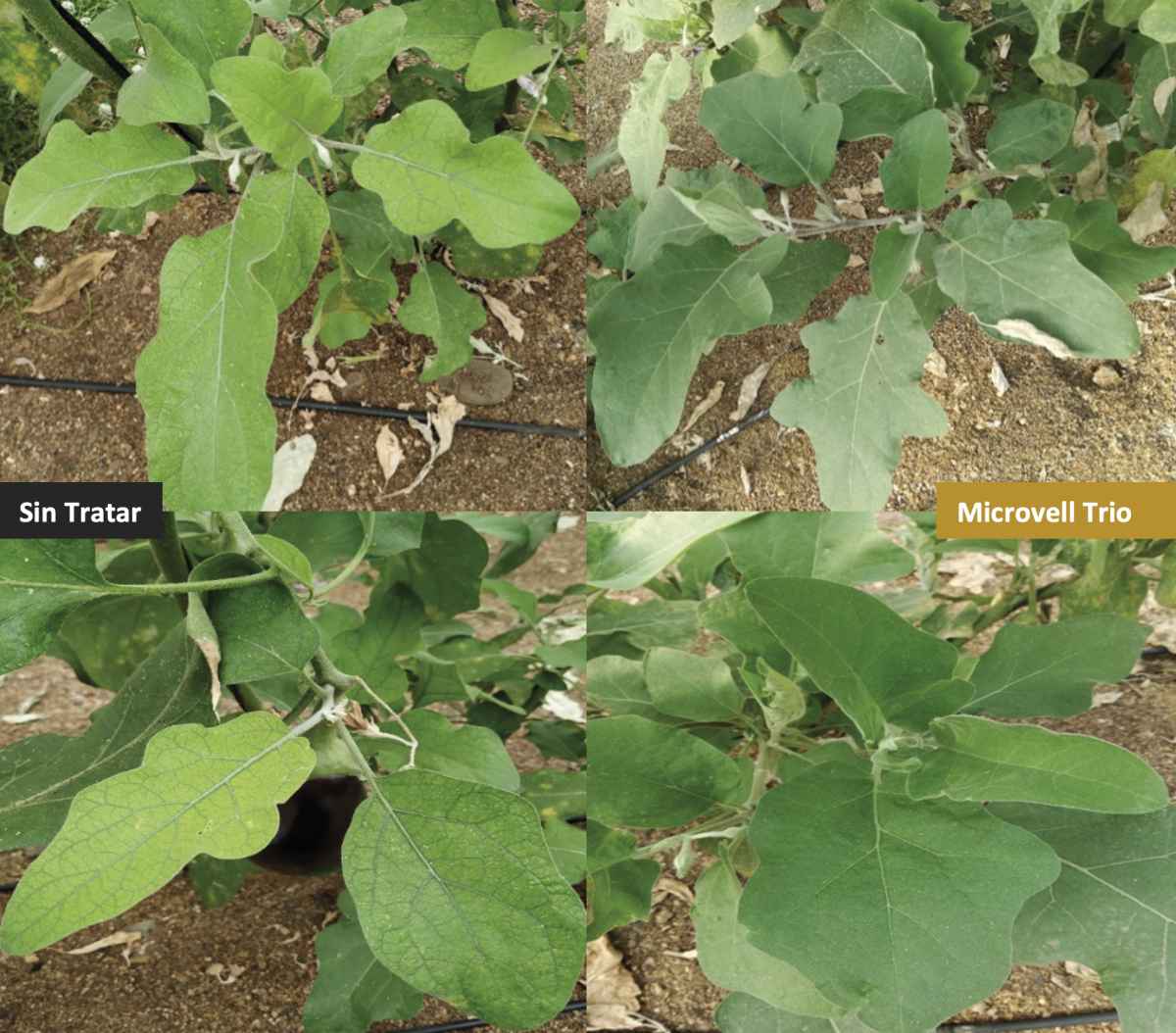 Trio Microvell applied to the roots, effectively corrects Fe, Zn and Mn deficiencies in plants with severe Fe and Zn deficiencies.
Microvell Trio increases the iron, zinc and manganese values ​​in mg / kg in the leaves
Microvell Trio reduces its activity on leaf chlorosis in eggplants.